Home Animals What Do You Call an American Bulldog Pitbull Mix? Bullypit is the name for an American Bulldog Pitbull mix. It is a hybrid of an American Pitbull and American Bulldog Terrier, and not a pure breed. Most of the time, this leads to a big dog with a short, shiny coat that can be brown, chocolate, black, or white. They are big and strong, with small ears that point up and a big smile. Bullypit require particular attention when they are puppies because they are a playful breed.

They had a reputation for being aggressive because they were bred to be fighting dogs, and their bravery made them ideal for the tasks they had in mind.

What are the characteristics of an American Bulldog Pitbull mix?

An American Pitbull and American Bulldog were crossed to create the American Bulldog Pitbull mix, and a lot of people think they look great. However, they have adorable, caring, clever, and talented personalities.

Pitbulls and bulldogs are aggressive and full of energy, and with training, they can improve even more. These friendly, devoted, and active American Bulldog Pitbull mixes are a great choice if you’re thinking about getting a pet dog.

They even have a close relationship with the kids. But because they are so intelligent, they are easy to train.

How Would You Train A Mixed American Bulldog and Pitbull?

However, if you are well-bred and well socialized, Pitbulls are fairly amiable and people-oriented. Training your dog is, therefore, crucial.

They have a lot of energy and a constant desire to learn new things. The methods listed below are some of the most effective for training dogs.

How Can You Get Your Dog’s Attention During Training?

During training, you can catch the dog’s attention by presenting a treat slowly between your eyes or by holding it in front of the dog’s nose.

Your dog will comply with your requests if you give them a treat. The majority of people mistakenly believe that the only way to gain their dog’s attention is to punish them.

Why Hire a Professional to Train Your American Bulldog Pitbull Mix?

American Bulldog Pitbull Mixes are an active and bright breed that is also very obedient. Because of this, kids need specialized instruction that only a qualified individual can offer.

How Big Can An American Bulldog Pitbull Mix Grow?

Given their appearance, American Bulldog Pitbull mixes do appear dangerous, but with the right socialization, they are not actually that dangerous.

An American Bulldog Pitbull hybrid has the temperament because of its parents. However, they dive after prey fiercely and are very energetic.

Because of this, if they are not properly socialized, they may become dangerous. However, there are several aspects of these dogs that make them intelligent and excellent with children.

Does the American Bulldog Pitbull Mix Breed Have Good Health?

A crossbreed called an American Bulldog Pitbull mix has a life expectancy of 10 to 13 years. However, they could still inherit a health issue from their parents.

Numerous diseases, including hip dysplasia, a prevalent condition in short-legged dogs, may affect them.

However, these hybrids do not shed much and are not hypoallergenic. As a result, they may create dander that makes other people allergic. Make sure you are utilizing the available towel because they might even drool.

Due to its short coat, this hybrid dog may suffer from some joint issues as well as infections and skin allergies. Furthermore, due to their Bulldog ancestry, this mix may develop respiratory issues.

Are Pitbulls And American Bulldogs Aggressive?

Canine aggression is present in American Bulldog-Pitbull mix breeds. These hybrid dogs enjoy rough play, but after one or two years of age, they may turn violent and start fighting. Male dogs hardly ever get along with other male canines.

American bulldogs, on the other hand, tend to be quite domineering and protective. Even though they love their family very much, their instinct to protect them may make them act mean toward visitors.

The best American bulldog-pitbull mix training is necessary in order for them to comprehend your instructions and put them to use. 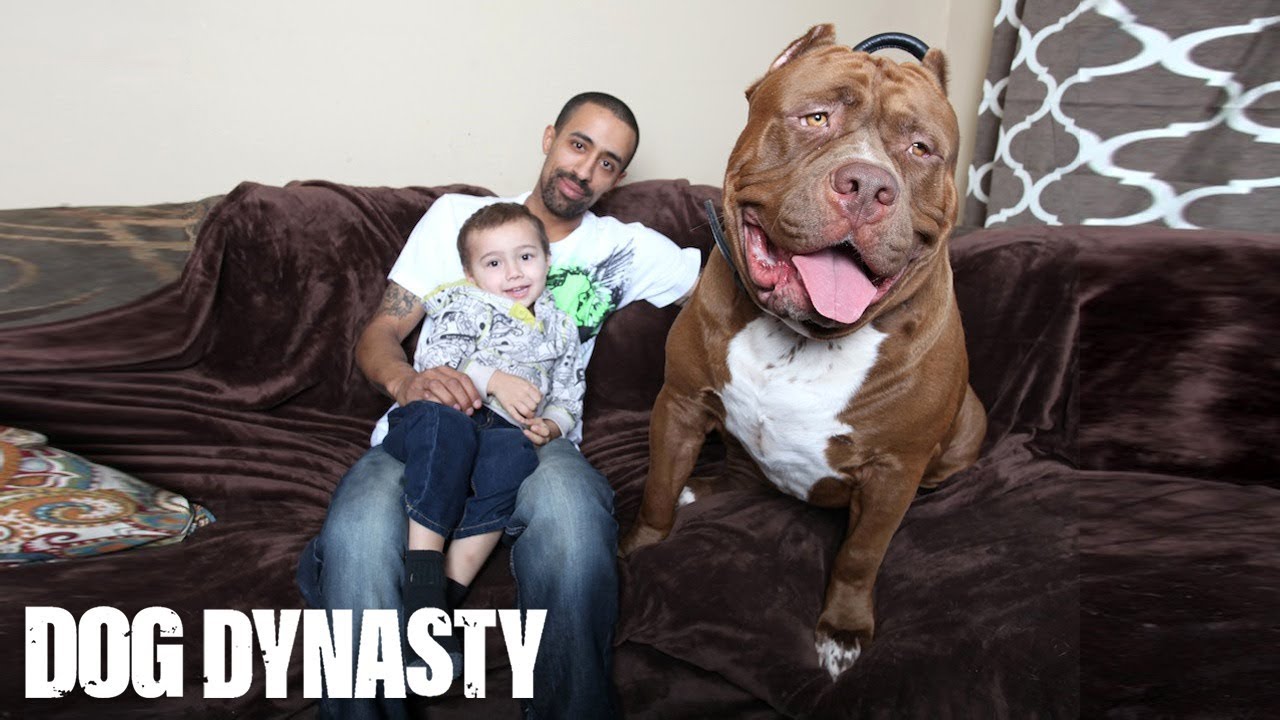 Related: Why Are American Bulldogs So Stubborn?

The stray dog returns with friends to...