The 1970 Ford Ranchero GT was a niche car and can be used as a car and a truck. It gives drivers a mix of performance and practicality. The mid-sized Torino was the model for the 1970 Ranchero. It was made of a single piece of metal, had a 114-inch wheelbase, and a 6.5-foot bed.

The 1970 Ford Ranchero GT had a sport hood scoop, laser stripes, GT lettering, and bright chevrons on the bedside. The Ranchero also had deluxe wheel covers, bright moldings around the wheel wells, and windshield wipers that were hidden.

Power front disc brakes, dual mirrors in the same color as the body, and a heavy-duty suspension package are all performance options. The standard engine in the 1970 Ford Ranchero GT was a 302 cubic-inch V8. It had a power output of 220 hp and a torque output of 300 lb-ft. The 351 Cleveland two-barrel engine with 250 horsepower and 355 lb-ft of torque would cost more.

Here’s how much a 1970 Ford Ranchero GT costs today

If you want to buy one right now, The Parking has one for about $20,000 and up. So why should you spend so much money on a 1970 Ford Ranchero GT? What else about this car makes it worth the price? Let us find out!

The look of the 1970 Ford Ranchero GT

Motorious thinks that the two-tone wood grain trim on the Ranchero makes it look just like its family-friendly cousin, the Country Squire. The long cargo bed of the Ranchero made it possible for it to haul just about anything.

The car is beautiful and should appeal to any person who likes cars. At the time, there were two kinds of rancheros. The Squire was a luxury pickup version of the Torino Squire, a popular station wagon. The 1970 Ranchero GT was made for people who wanted a sporty-looking car with a certain look, like a big stripe of lazer-colored paint on the side and back of the car.

The Ford Ranchero 500 wasn’t as fancy as the other Rancheros, but it sold the most. At the time, it’s safe to say that the American car company had a lot to offer. Except for the base trim, all versions of the Ranchero could choose to have hidden headlights.

The Ranchero’s chassis was long, with a 117-inch wheelbase. It had sport-scoop hood pins, GT badges, and an eggcrate grille. How Stuff Works says that it was the best Ranchero ever made. Options like a tachometer, high-back bucket seats, a four-speed gearbox, and power front disc brakes made this car even better.

Just be aware that if you do manage to buy a 1970 Ford Ranchero GT, the inside may need some work. You can buy parts for the Ford model online, which will help you keep it up-to-date. For instance, the price of a dashboard cap cover is about $348.99. Other than that, the seats are comfortable and the steering wheel is easy to turn, but once you get inside this car, you feel like you’ve gone back in time.

The Ranchero Squire, 500, and base models all had a six-cylinder engine with 155 horsepower or a mild V8. The standard engine in the 1970 Ford Ranchero GT was a 302 V8 with 220 HP. If you compare it to engines in cars today, it’s not the fastest, but at least the power it puts out is steady. So, it gets a 10/10 for how well it works, especially how smoothly it turns corners.

Even after 50 years, the Ranchero is still a great car. It’s too bad that it didn’t sell well in the 1970s. It is true that you don’t know how good something was until it’s gone. But good luck getting your hands on this Ford classic right now.

In 1997, our friend Gene Miller sold us a Ranchero. When we got it, it had orange paint, no major dents, and was worn out but still ran. The restoration was done by Bill Shoaf of San Clemente, California. It began in his shop and ended in the garage of a friend. This body style was only made for two years, which made it hard to find parts when the car was being fixed up. We got a lot of help from the guys at Dearborn Classics.

Do we regret selling it? It depends. It took a lot of time and patience to fix up this car. From start to finish, it took ten years to make this car. But I remember taking the car to the annual Knott’s Berry Farm Ford show in Southern California. Boy, did it get people to come over? I’d start up that CJ engine and let everybody hear that cam lope. In 2004, we won the Bill Stroppe Memorial Award. 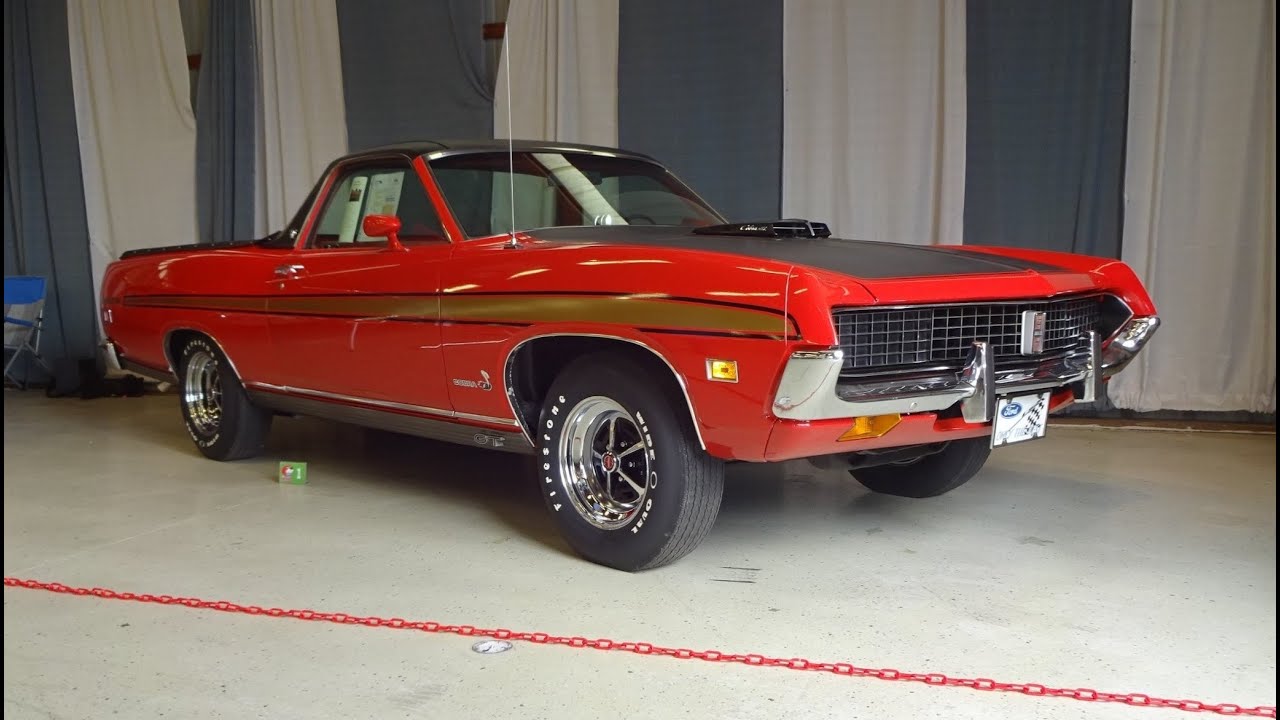 The Book of Enoch Banned from The...