The Guinness Book of World Records officially accepted Aloha Wanderwell as the first woman to travel around the world. After four years of research, they put the dates for this accomplishment as 1922 to 1927. According to Aloha, the first trip covered 43 countries, four continents, and 380,000 miles. It ended in 1929. (after the race officially ended in 1927 back in Detroit)

Achievements of the Aloha Wanderwell

Idris Galcia Hall, a.k.a. Aloha Wanderwell was born in Winnipeg, Canada, on October 13, 1906. Her parents were Herbert Hall, a British Army reservist, and Margaret Headley Hall.

After her father was killed in action at Ypres in June 1917, Idris and her younger sister moved to Europe with their mother. Idris attended a French convent school as World War I was coming to an end.

After her father died, Idris was very sad and had a restless personality. She often got into fights with her teachers at the convent school, who tried in vain to turn the 6 foot tall “tomboy” into a sensible, beautiful girl.

Idris, on the other hand, was inspired by the fantastic stories in her father’s favorite collection of boyhood books. She dreamed of travel, adventure, and mystery in faraway parts of the world.

At age 16, she saw an ad in the Riviera edition of the Paris Herald that caught her attention.

Aloha Wanderwell is famous for being the first woman to drive all the way around the world. Her life accomplishments and travels around the world began when she was 16 years old. From a young age, she was drawn to adventure and the thrill of traveling on roads no one had been on before in faraway places.

In 1922, a 16-year-old girl left school in the south of France with her mother’s permission to answer a newspaper ad for a secretary for a trip around the world. She joined the Work Around the World Educational Club (WAWEC), which was started in 1919 by Walter Wanderwell, who called himself “Captain,” to support the League of Nations.

Idris Hall started performing under the name Aloha Wanderwell and became known as “the world’s most traveled girl.”

Wanderwell, also known as “Cap,” started the trip in 1919 to promote international peace and the League of Nations. He had been a sailor, a world-class hiker, and a traveler who was arrested in the US as a spy during the war.

Walter and his then-wife Nell founded the Work Around the World Educational Club (WAWEC) and began a “million-dollar endurance race.”

Nell and Walter organized competing teams on globe-tour journeys to determine which team could log the most miles. They paid for their trips by selling souvenir pamphlets, giving speeches, and showing films that they shot and made while they were traveling.

By the time Idris responded to the post in the Paris Herald in 1922, Walter and Nell had already separated. Walter was driving around Europe in a customized Model T Ford and needed someone who could speak French.

When he met the eager young girl, he was taken with her charm and willingness to try new things, so he was the person who gave her the stage name “Aloha Wanderwell.”

The wide-eyed Aloha Wanderwell went through 43 countries and four continents on a very difficult journey. The group traveled through France and its battlegrounds. swept through Italy at the same time that Mussolini and the Fascisti were getting stronger… braved food riots and angry crowds in Germany, which was still reeling from the harsh reparations the winning countries of World War I demanded.

Camped in Egypt’s Valley of the Kings at the foot of the Great Sphinx; drove into Palestine, where the Jews were trying to start a new country; and across the dry parts of India, where water buffalo pulled the Model Ts across rivers. Aloha traveled across the highlands of Portuguese East Africa and nearly died of thirst in the Sudanese desert.

Bandits took them hostage near the Great Wall of China, but Aloha says they let them go after she showed them how to build a machine-gun nest and use a belt-fed automatic weapon correctly.

She was in the background when the tomb of King Tut was found. Aloha was even made an Honorary Colonel by the Red Army of Siberia. When the expedition was in Calcutta in 1924, they ran into planes from the first aerial circumnavigation (Aloha filmed their meeting).

During their trip, they used kerosene for gasoline, crushed bananas for grease in the differential, and water and elephant fat for oil in the engine. During their trip around the world, they often had to use oxen to pull the Ford Model-T across mud flats and rivers in India. When civil war in China in 1924 made it impossible to buy gas, workers dragged the car for 80 miles.

The Wanderwells Family and Journey

Along the way, Aloha fell in love with Captain Wanderwell, who was still married to his first wife, Nell. When they arrived in the United States, Walter was brought in for questioning on charges of “white slavery,” which turned out to be a trick by Nell to get a better divorce settlement.

In December 1925, they had their daughter Valri, and by January 31, 1926, they were on their way to Africa from Havana, Cuba. The family moved to Cape Town, South Africa, in December 1926. Aloha was pregnant again with Nile, Richard’s father, who was born in April 1927 in Durban. Nile had just turned three weeks old when Aloha sent the kids to live with her mother in Adelaide, Australia, before taking off again.

At this point, Aloha was only 21 years old, and her desire to try new things was still strong. Still, some people have said that Aloha left her children to go to wild, faraway places. Most of those who didn’t believe her were surprised by the fact that she was a woman. Men, like Cap, leave their kids behind all the time.

Aloha didn’t know how to handle the situation, so her mother, Margaret Hall, took care of the children most of the time. After her father died, Aloha had long thought of herself as the man of the family, so this probably seemed like a good choice..

After their first trip, they went on an even more exciting adventure deep in the Mata Grosso region of the Amazon basin. Their plane crashed in the uncharted jungle, and Aloha had to stay with a native tribe while Walter slowly made his way back to civilization to get replacement parts. This trip took several months.

By the time they finished their first trip around the world in 1929 and released their film WITH CAR AND CAMERA AROUND THE WORLD, the Wanderwells were well-known explorers all over the world.

Aloha, who was always thinking of new ways to do things, charmed the natives, kept filming, and carefully recorded their lives. Her film, FLIGHT TO THE STONE AGE BORORO, was the first film ever made about the Bororo tribe. It is now a very important anthropological resource in the Smithsonian Institute’s Human Studies Archive.

When the Wanderwells got back to the U.S. in 1931, they made plans for future trips and films. But tragedy and scandal put an end to their plans.

An unknown attacker shot and killed the captain on the couple’s 110-foot yacht, “The Carma,” in Long Beach, California, in December 1932. Under close scrutiny from the media, a suspect was tried and found not guilty… The murder of Wanderwell is still one of the best-known cases on the West Coast that hasn’t been solved.

By January 1925, Cap and Aloha were living in San Francisco. They would later move to Los Angeles to keep making movies. Over the course of a few months, Aloha’s Sam Browne belt got her into trouble when she was arrested for pretending to be a military officer by wearing a uniform (not a US uniform, but the company one designed by Cap and based on Boy Scout uniforms) and fined.

Another story said that Aloha was again arrested while giving a presentation in Pasadena. This time, he was charged with working while too young. Even though she was 18 at the time, Richard made a joke about how Aloha put a different birthdate on every important document, sometimes 1906 and sometimes 1908. This may have made it hard to figure out how old she really was. Richard also said that she always put 5’9″ instead of her real height when she filled out forms.

In April 1925, Cap came back from Florida, where he’d bought a house for them in Miami. One story says that when the Wanderwells tried to cross the California border, they were threatened with the Mann Act because Aloha was not yet 21 years old. This made Cap make a quick plan. Aloha said that Cap said he had always loved her and that he had proposed as soon as he got back from Florida. They got married quickly in Riverside, California, so maybe both stories are true.

While the dust from the incident was still settling, Aloha married Walter Baker, a WAWEC cinematographer, in 1933.

As Aloha Baker, she kept traveling and working closely with her new husband. She went on to have a long and successful career as an explorer, documentary filmmaker, and lecturer. Her fame as “Aloha Wanderwell, The World’s Most Traveled Girl” is a fascinating reminder of a time when a woman couldn’t even imagine a life without borders.

In her later years, Aloha Wanderwell took good care of her valuable collection of films, photos, journals, and artifacts from her travels. Aloha wrote Call to Adventure in 1939 at the age of thirty-three. She also made sure that much of her work would be kept in museums and schools across the United States.

Aloha Wanderwell died on June 4, 1966, at the age of 90 in Newport Beach, California. Even though Aloha was not very well known at the time of her death, her films, photos, journals, and other things from her travels were and still are very famous. 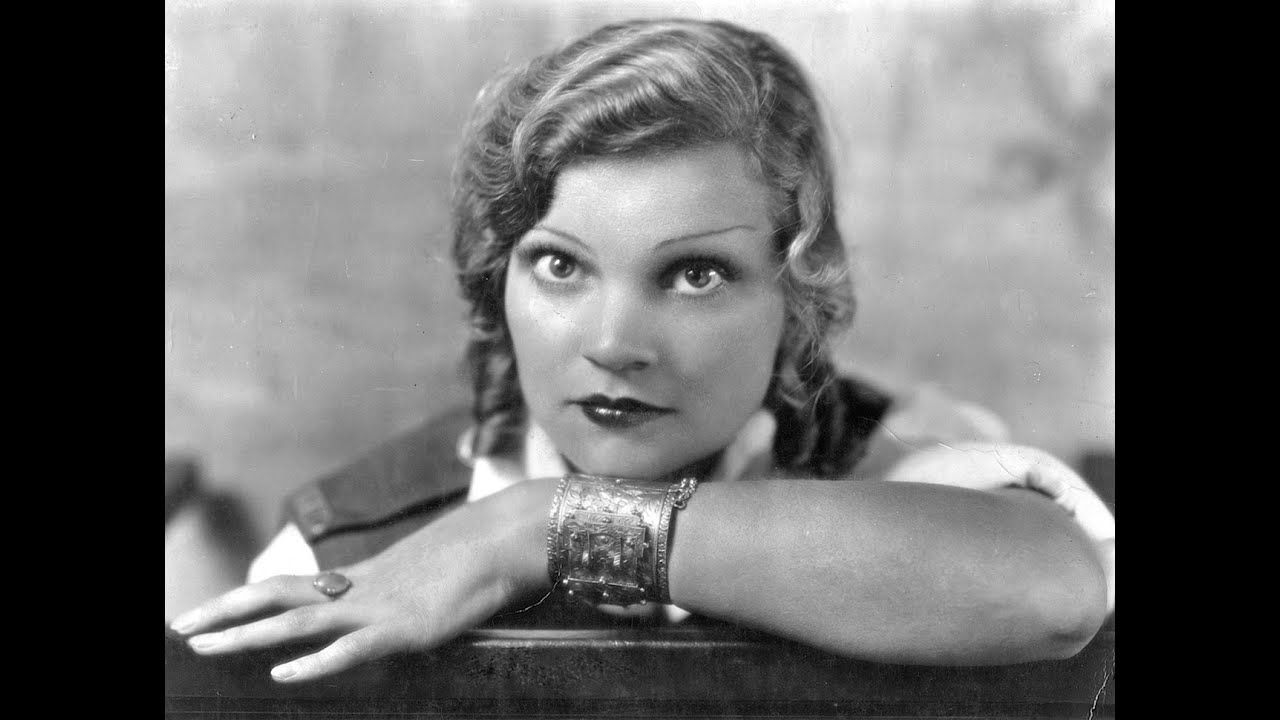