Missing Chevy Corvette C3 Found in a Lake After 20 Years

It’s always interesting to witness a car that has been abandoned in water for a very long time, like this Chevy Corvette C3 that was left in an Oregon river for many years.

Rarely does anyone attempt to sail their car, but in this instance, the owner of a Chevrolet Corvette found that to be the case. The yellow Chevy Corvette C3 was recovered by authorities in Portland, Oregon, after having been reported stolen more than 20 years earlier and driven recklessly before sinking to the bottom of a lake.

This may be the most unusual way to show that the fiberglass composite body of the Chevrolet Corvette is better, but it has worked. Or was it?

In the following video, you can see how a specialized scuba crew and a tow truck are able to get the Chevy out of the river, eliminating a risk to fish, boaters, and everyone living downstream.

The diving team featured in this video specializes in underwater recoveries, and it’s amazing to watch how they accomplish it. To get cars out of bodies of water all over the country, the company works with two trucking companies, city workers, and cars that are under water.

Amusingly, the diver leading the show, who is also the host of the Adventures with Purpose YouTube channel, knows something about this Chevrolet disaster.

He believed that although this might have been an instance of insurance fraud, it was also likely to have been stolen, used to commit one or more crimes, and then dumped. The previous owner no longer resides in the area. Most likely, the full story will never be revealed.

The Corvette’s composite bodywork wouldn’t corrode underwater, so it’s a little puzzling why the front clip is missing. But that problem is solved when the diving team learns that this Chevy Corvette C3 was found years ago by someone who tried to get it back but broke off the front end in the process.

Thanks to the fiberglass body, the yellow Chevy Corvette C3 doesn’t seem too bad after being dragged out of the water. However, the frame is presumably now crumbling like graham crackers, which is probably why the Chevy’s front and rear ends began to fall apart before it could be towed away.

In order to get the submerged Chevy Corvette C3 closer to land and eventually pull it out of the lake, the team employs a mix of heavy-duty chains and sizable inflatable devices to hoist the car out of the water. When the team pulls the car away from the shoreline, they also break off a big piece of the back.

A similarly submerged and extremely rusted Jaguar, Volkswagen Beetle, and the unidentified vehicle’s raw corpse are all shown in the film. We get to view cool underwater perspectives of what appears to be a record-breaking amount of motor insurance fraud in this lake.

Most of the time, we don’t know how the automobiles ended up in the water in the first place. Some people think insurance fraud is to blame, and while it definitely happens frequently, it doesn’t always. 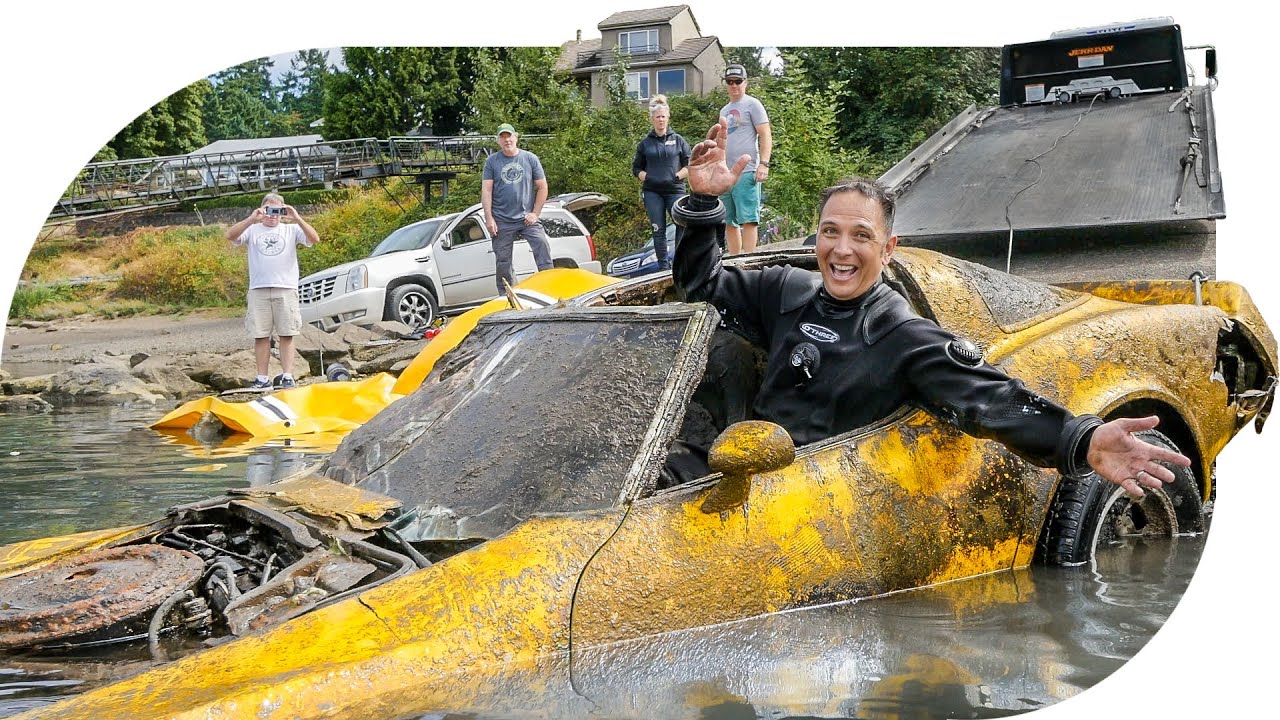 Related: After 25 years, 36 classic Corvettes were discovered in a NY garage

that car looks like its complaing about masachusets people

The Jack Chi: An awesome breed of Chihuahua...