A unique and beautiful teal-blue vehicle with white leather inside. Included from the factory are air conditioning, auto-pilot cruise control, an auto-headlamp dimmer, swivel bucket seats, power windows, power steering, power brakes, and a lot of other very rare features.

The “finned” Imperials with their free-standing headlamp pods were only produced for one more year. It was reminiscent of the 1920s and 1930s. A stunning vehicle that belongs in any collection

With “freestanding” headlamps on short stalks in cutaway front fenders and much taller “wings” at the back, Chrysler introduced a completely redesigned front look in 1961. In 1962, the fins were swapped out for straight-top rear fenders with free-standing tail lights mounted on them; however, these were longer and more streamlined than in 1955.

A big round eagle hood ornament was originally installed once the front grille was once again separated. The technical team was able to make a new, smoother TorqueFlite automatic transmission for the 1962 models. This made the “hump” in the transmission tunnel floor smaller.

The person in the center seat up front was more comfortable thanks to this. The unique Imperial assembly plant closed in 1962, and all Imperials made after that were made in the same factories as other Chrysler cars.

In 1963, the split grille was once again replaced by a collection of rectangles finished in chrome, and for the first time, the taillights were housed conventionally inside the back fenders. The 2 door hardtops’ rooflines were also altered by the designers, giving them a look comparable to the 4 door variants.

The final Imperials designed by Virgil Exner were the 1963 versions. The 1955–1959 Imperials are praised by the majority of car critics, although the styling at this time was more debatable, as seen by Exner’s growing conflicts with the Chrysler President and board.

In the 1960s, one of the best things about Imperials was how strong they were. They were so hard to knock down that they couldn’t be used in demolition derbies.

For strength, the Imperial kept its separate full perimeter frames until the 1966 model year, while the other Chrysler Corporation brands (Plymouth, De Soto, Chrysler, and Dodge) switched to a single body in 1960. 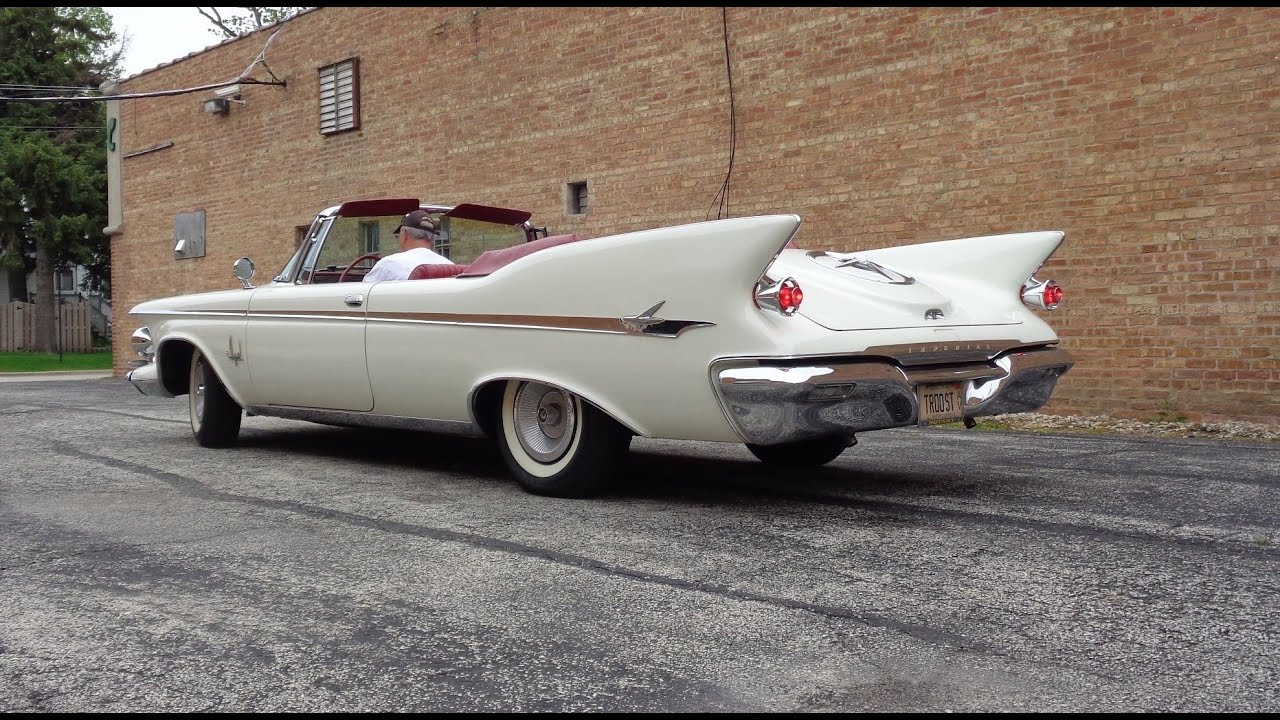