Many well-known maritime disasters take place far out at sea, but on January 13, 2012, the Costa Concordia wrecked in relatively shallow water just off the coast of an Italian island, killing 32 people, seriously injuring 64 others, and totaling the ship.

The tragedy continues to serve as a prime illustration of how human error, a lack of vigilance, and a disregard for procedures may result in marine disasters.

Construction and launch of the ship

Costa Crociere, a branch of Carnival Corporation and PLC, was the owner of the Costa Concordia. With a length of 951 feet (290 meters) and a passenger capacity of 3,780 when it was first launched in 2005, it was Italy’s largest cruise ship. For comparison, the Titanic was 882.5 feet (269 meters) long and could carry up to 2,435 passengers.

The Concordia had a reputation for being luxurious. It had four pools, a casino, and the largest shipboard spa, according to reports.The ship made its maiden voyage in July 2006, on a seven-day Mediterranean Sea cruise that included stops in Italy, France, and Spain. It adopted that as its default course.

Why, in the first place, Costa Concordia traveled so closely to the coastline?

A “sail-by” is when a ship sails close to the shore to give passengers a good view or to salute other sailors. It’s unknown how frequently cruise ships engage in this maneuver. Some people view them as risky detours from the intended path.

The Costa Concordia, with 4,229 passengers on board, veered off course at the Isola del Giglio on the evening of January 13, 2012, during a seven-day cruise from Civitavecchia, Italy, to Savona.

The ship struck her port side on a reef, known as the “Scole Rocks,” about 800 meters south of the entrance to the harbor and port of Giglio, on the island’s east coast, about 30 minutes after the deviation. The impact caused damage to the ship, which let water in and put the 4,229 people on board in danger.

The ship tipped to the left due to long-standing hull damage that allowed water to enter. Propulsion was lost as a result of flooding in the engine rooms. The ship abruptly slowed its speed, and a blackout broke out, alerting everyone on board that something catastrophic was going on.

However, it wasn’t until 22:33 that an alarm was sounded. Around an hour after the incident, at 22:42, port authorities were notified of it. At 22:50, they were given the go-ahead to evacuate the ship.

Following the incident, passengers and crew either swam to the island or were evacuated from the ship by lifeboats and helicopters. According to reports, the captain left the ship before the evacuation was finished.

Most of them were saved in less than two hours, most of the time by lifeboats and sometimes by swimming to shore.

Investigation into the incident showed that the ship was being commanded by the master, who had intended to pass at a dangerously close distance at night and at great speed while also cruising in a poorly illuminated shore area (15.5 kts).

The report from the Italian Ministry of Infrastructure and Transport states that the threat was deemed to have arisen too late to make any attempt to avoid the grounding effective. Captain Francesco Schettino gave the order to sail the ship dangerously close to the Giglio coast as a “salute,” as was later discovered.

The accident claimed the lives of 33 people—32 passengers, members of the crew, and one salvage worker. Rescue divers combed the ship for missing persons between January 14 and January 30, 2012, and they found the majority of the bodies. However, it wasn’t until November 2014 that the final body was located.

The former captain of the Costa Concordia was given a 16-year prison sentence in May 2017 by Italy’s highest court, which upheld the decision. Francesco Schettino was found guilty of manslaughter for causing the shipwreck and abandoning the sinking boat while there were still people on board.

The captain acknowledged his error in judgment, stating that he had “ordered the turn too late,” but he denied that this was the cause of the fatalities. Five crew members had previously been convicted of multiple manslaughter and causing bodily harm.

Before being refloated and towed to Genoa in July 2014, the ship had been abandoned on its side for 2.5 years. The majority of the Costa Concordia had been disassembled and scrapped in Genoa by January 2017. Wherever possible, all metal has been recycled. The last scrapping was finished in July 2017.

Since it cost more than three times as much to recover the Costa Concordia wreck as it did to build the ship, it was one of the most expensive wreck recoveries in history (about USD 2 billion) (about USD 612 million).

Lloyd’s of London gave the Costa Concordia crew the title “seafarers of the year” in September 2012 for their great actions during the shipwreck, which helped save most of the passengers.

The highest Italian civic honor, the Gold Medal of Civil Merit, was given to the towns of Isola del Giglio and Monte Argentario in January 2013 in recognition of their residents’ dedication to the Costa Concordia survivors’ rescue. The award was given by the President of the Republic.

Sergio Ortelli, the mayor of Giglio, and Costa Cruises reached an agreement for the removal of the enormous boulder from the side of the ship and its placement on the island as a memorial to the 32 people who perished.

The boulder would “most likely” be placed “near the harbor entrance,” according to Ortelli, so that both tourists and residents can pay their respects. “Giglio will never forget what happened that night, and the rock will be an appropriate memorial.” The 80-ton boulder’s removal is expected to cost £40,000.

A boulder that was embedded in the hull was cast into the water on January 13, 2013, along with a plaque to remember those who perished, at the scene of the accident.

The Story Of The Costa Concordia 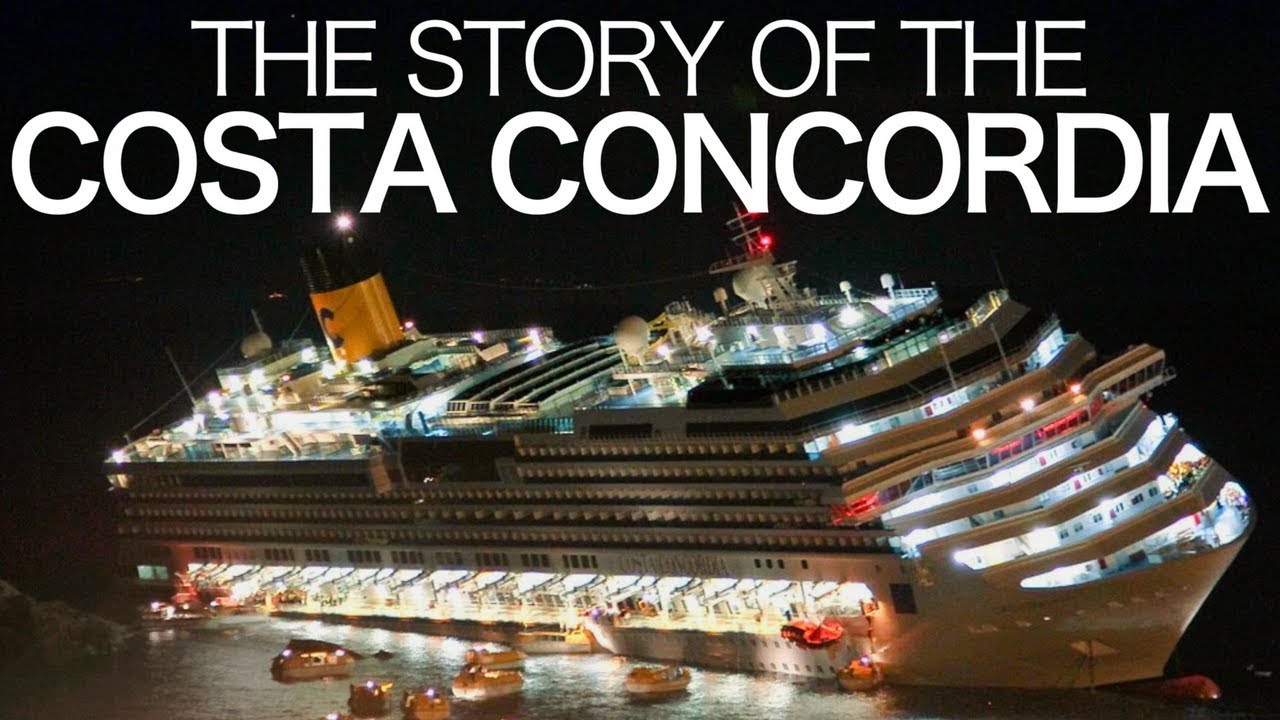 A Complete Guide to Hiking The Pacific...